There's more than one way to grow a baby In his 1989 book Wonderful Life, evolutionary biologist Stephen Jay Gould famously argued that, if we could “replay the tape”, life on Earth would evolve to be fundamentally different each time. 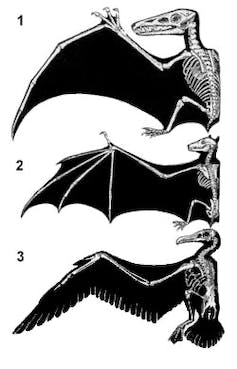 Was he right? Convergent evolution, in which similar features evolve to perform similar functions in distantly related organisms, offers an excellent model in which to run Gould’s thought experiment.

One classic example of convergent evolution is the independent evolution of wings and flight in insects, birds, pterosaurs, and bats. Another is live birth (or “viviparity”), which has evolved independently from egg-laying more than 150 times in vertebrates (animals with backbones).

To understand how this happened, we studied the genes involved in pregnancy and live birth in six different live-bearing species. We discovered that, despite broad similarities in the anatomy and physiology involved, each species used a completely different set of genetic tools to give birth to live young.

Is live birth controlled by a universal set of genes?

In nearly all live-bearing vertebrates examined so far, changes to the gestational tissues and biophysical processes during pregnancy appear remarkably similar.

Some common elements of the process are:

Live birth is driven by a complex suite of morphological, physiological, and genetic changes. Modified from an image by Basile Morin, CC BY

The changes that occur during pregnancy and birthing must be mainly controlled by genetics, and we know that the expression of genes changes during pregnancy in different live-bearing animals.

However, the generality of these changes is less clear. For example, are the same genes used during pregnancy in mammals and fish? Or are similar outcomes driven by entirely different genes?

That’s what we set out to discover in our study, newly published in Molecular Biology and Evolution, in collaboration with researchers from the University of Queensland and James Cook University.

An animal’s development is controlled by its genes, its environment, and an interaction between the two.

Not every gene within an animal is always active. Genes are switched on (or “expressed”) when needed, and then switched off again when no longer needed.

Gene expression levels naturally vary over time as an animal interacts with the environment and undergoes physiological changes, such as those associated with pregnancy. Using a technique called “transcriptomics”, we can take snapshots of these changes in gene expression as they occur.

To investigate the genetic changes occurring in the uterus during pregnancy in different species, we collected samples or used existing data from six live-bearing animals: the Australian sharpnose shark, three species of Australian lizards, the gray short-tailed opossum, and the brown lab rat.

Sampling this wide range of animals allowed us to determine whether the same gene expression changes occur during pregnancy across species in which live birth evolved independently.

Our work is the first quantitative study into the genetic basis of live birth at such a broad evolutionary scale.

There are many different ways to grow a baby

We expected to find many of the same genes used during pregnancy to support the growth and survival of embryos in each of the live-bearing species we sampled.

This hypothesis seemed logical, given the many similarities in anatomical changes during pregnancy across live-bearing vertebrates, along with qualitative findings from previous research.

Instead, we found there was no one set of “live-bearing genes” utilised during pregnancy across our sampled range of animals. In other words, evolution has converged on similar functions for successful pregnancy but those functions have been achieved by recruiting different groups of genes.

Despite not being what we expected, this finding also makes sense. Different animal lineages may have different “toolboxes” of genes to draw from, due to their unique evolutionary histories.

A genetic “toolbox” can be thought of as a broad class of genes that perform similar basic functions. Over the long timescales of evolution, different genes from this ancestral toolbox can be recruited to carry out the same physiological functions in different animals. 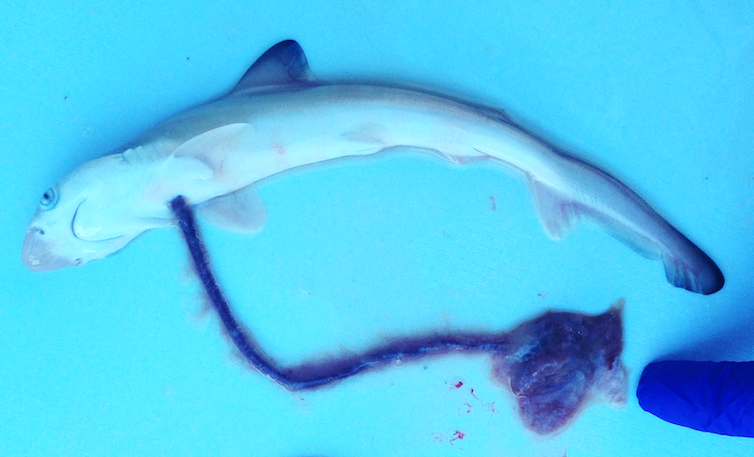 For example, developing babies require access to a supply of amino acids for successful development. In many species these amino acids are transported from the mother to the fetus across the placenta via “solute carrier” genes.

We identified more than 75 different solute carrier genes in the combined genetic toolbox of our study species. However, each species recruited different genes from the toolbox to transport amino acids during pregnancy.

Our findings force us to rethink the idea that the cross-species similarities in live birth are controlled by the same genetic changes.

We can also consider our results in the context of Gould’s thought experiment about “replaying the tape of life”.

Was the evolution of live birth predictable? It depends on how you look at it.

Large-scale similarities, such as the anatomy and functions of the uterus, seem predictable. They appear to have evolved repeatedly to solve the biophysical challenges of successful pregnancy.

However, our results show this predictability does not extend to the underlying genes.