Associate Professor Saunders was among five UNSW Sydney and UNSW-affiliated medical and science researchers recognised at Australia's most high-profile science awards on Wednesday night at Sydney's Town Hall. The researchers were nominated for achievements in areas of research & innovation, leadership, science engagement and school science.

Also winning a top prize was the Australian Museum's FrogID team, led by UNSW’s Dr Jodi Rowley. The national citizen science project tracks Australia’s national frog count to help conserve one of the most threatened groups of animals on the planet.

Associate Professor Saunders, who won the 2019 Celestino Eureka Prize for Promoting Understanding of Science, was recognised for going beyond the usual channels of science communication to make evidence-based science accessible to the general public.

“As a scientist, I am continually finding better ways to bring science to new and different audiences,” Associate Professor Saunders said.

“Scientists have an important role in showing, rather than telling, how to use evidence and analysis and how to be comfortable in complexity and uncertainty.

Associate Professor Saunders engages with public debate through mainstream, online media and social media, moving outside his speciality of cancer biology to tackle some of the most complex science issues including climate change, vaccination and gene editing.

“In a world flooded with myths and misconceptions about health and medical topics, taking a strategic approach, engaging empathy and compassion to show the human side of science is critical,” Associate Professor Saunders said.

“To not only show the outcomes of research - but the motivation of scientists, the process of doing science, and how new findings and technology are so important to our everyday lives.” 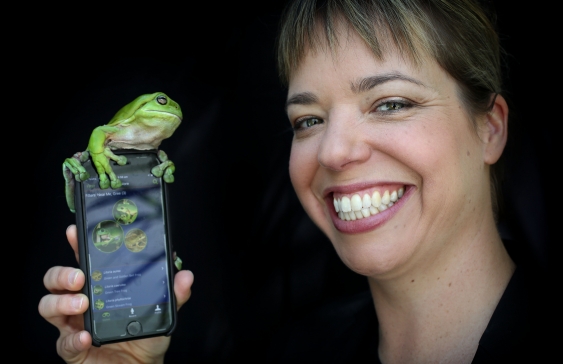 As the Curator of Amphibian and Reptile Conservation Biology, a joint appointment between the Australian Museum and the UNSW Centre for Ecosystems Science, Dr Rowley co-developed Frog ID, a citizen science project aimed at understanding and conserving frogs, one of the most threatened groups of animals on the planet.

Frog ID uses a free smartphone app for participants to record and submit information on calling frogs. FrogID has transformed the scientific community’s understanding of the distributions, breeding seasons and habitats of frogs.

“The importance of frogs and amphibians in the natural world cannot be underestimated. They have the greatest levels of undocumented diversity of any terrestrial vertebrate group, perform irreplaceable functions in many ecosystems and are being lost at an unprecedented rate,” said Dr Rowley.

“In places where we’ve lost amphibians, we immediately notice the ecosystem-level effects: other animals starving to death and water courses clogging up etc. Nothing really steps up to fill the role of frogs.”