Treatment for alcohol use disorder often not perceived as 'helpful': WHO survey analysis

Fewer than half of people with alcohol use disorder who received professional help perceived their treatment as helpful.
UNSW Media / NDARC Media | UNSW Newsroom A new study analysing data from the World Health Organisation (WHO) World Mental Health surveys in 24 countries has explored how many people with alcohol use disorder seek treatment, and if so, whether they found it helpful.

In the study published this month in Drug and Alcohol Dependence, the researchers from UNSW Sydney’s National Drug and Alcohol Research Centre (NDARC) found that among 93,843 respondents surveyed, 9.5 per cent had a lifetime alcohol use disorder and among those, 11.8 per cent reported ever obtaining treatment for the disorder. Of those receiving treatment, just under half (44 per cent) reported that treatment was helpful.

Alcohol use disorder (AUD) is a mental disorder defined by the Diagnostic and Statistical Manual of Mental Disorders Version IV as including two distinct disorders, alcohol abuse and alcohol dependence, with specific criteria for each.

Study author Ms Chrianna Bharat, Research Associate at NDARC, said the level of perceived helpfulness observed in this study was far lower for alcohol use disorders than for other mental disorders.

Around one in five (21.8 per cent) of survey responders said they found treatment helpful from the start, i.e., from the time they saw the first professional. 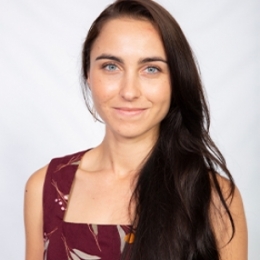 “It is important that future research sheds light on ways in which to increase the likelihood that treatment is found to be helpful on any given contact, rather than requiring persistence through multiple attempts on the client’s behalf. Investigating new treatment options as well as improving our capacity to provide successful, tailored approaches to AUD treatment could be helpful in this regard,” said Ms Bharat.