The Australian Mental Health Prize shines a light on the selfless work of individuals making a difference in the area of mental health.
Yolande Hutchinson and Julia Jones | UNSW Newsroom Seven outstanding finalists have been selected for the 2020 Australian Mental Health Prize. The Prize, now in its fifth year, recognises Australians who have made outstanding contributions to the promotion of mental health or the prevention and treatment of mental illness.

This year’s winner will be announced by the Governor-General, His Excellency General the Honourable David Hurley AC DSC (Retd), at a ceremony at UNSW Sydney on 5 November 2020.

The finalists include a broad spectrum of Australians who have dedicated their lives to improving the mental health and wellbeing of people and communities across the country.

“The Prize showcases world-class contributions that have enhanced mental health in Australia. Each finalist announced today has worked selflessly to improve the lives of those experiencing difficulties with mental health,” said Ita Buttrose, Chair of the Australian Mental Health Prize Advisory Group.

“In this especially challenging year, we as a community are even more mindful that mental illness can affect any one of us. The finalists announced today have helped our society by their efforts, creativity and dedication to achieving better mental health in Australia,” said Scientia Professor Henry Brodaty, from UNSW Medicine’s School of Psychiatry.

“It is wonderful to see so much progress being made in this area.” 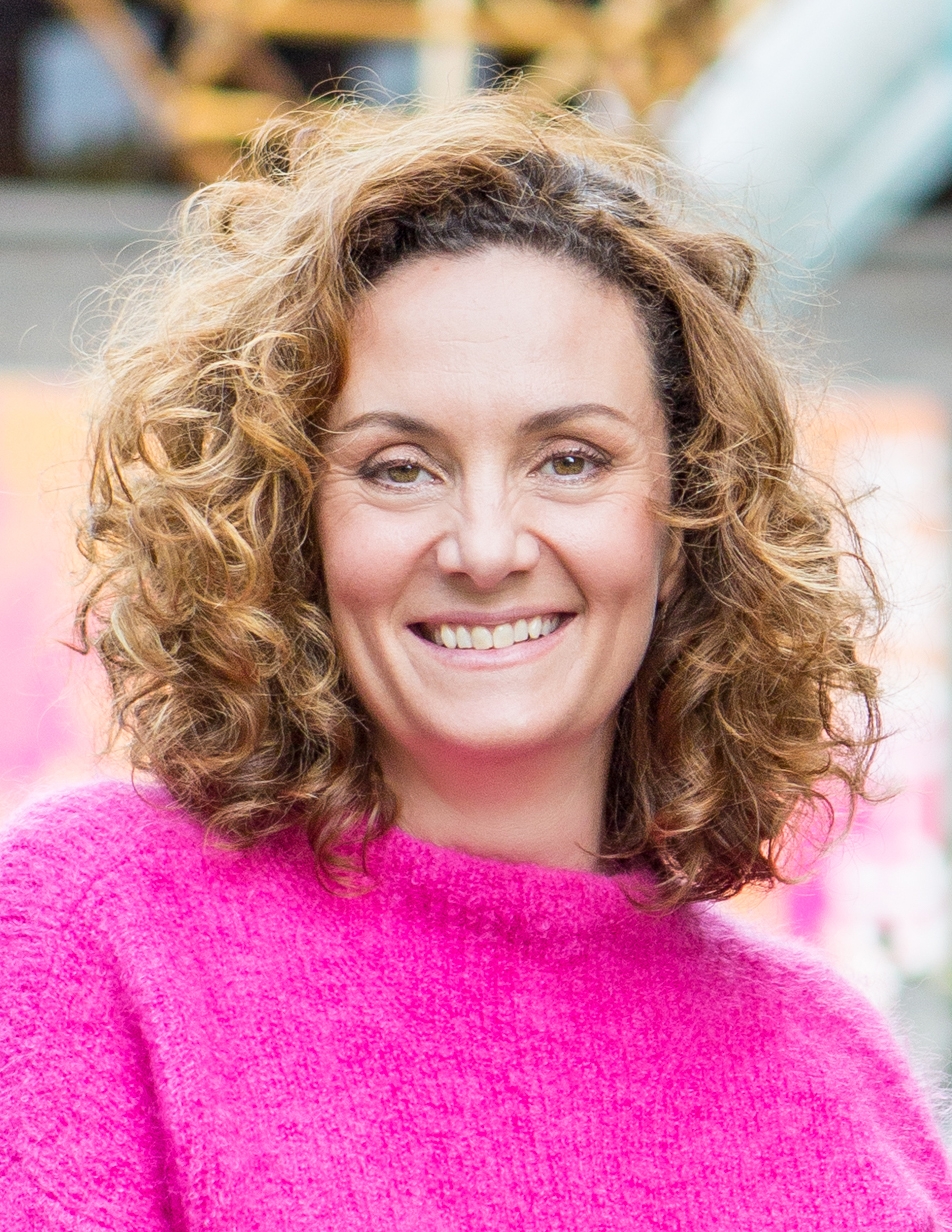 The AWC has since won the ‘Martin Seligman Health and Wellbeing Award’ at the 2019 Australian HR Institute Awards, has been a finalist in the VicHealth Awards ‘Improving Mental Wellbeing’ in 2017, 2018, 2019, and at the Australian HR Awards ‘Best Health & Wellbeing Program’ in 2017. Claire is a Board member of the Pinnacle Foundation and a member of Chief Executive Women. In 2020 she was recognised with an Order of Australia (AM) for services to the arts and community. 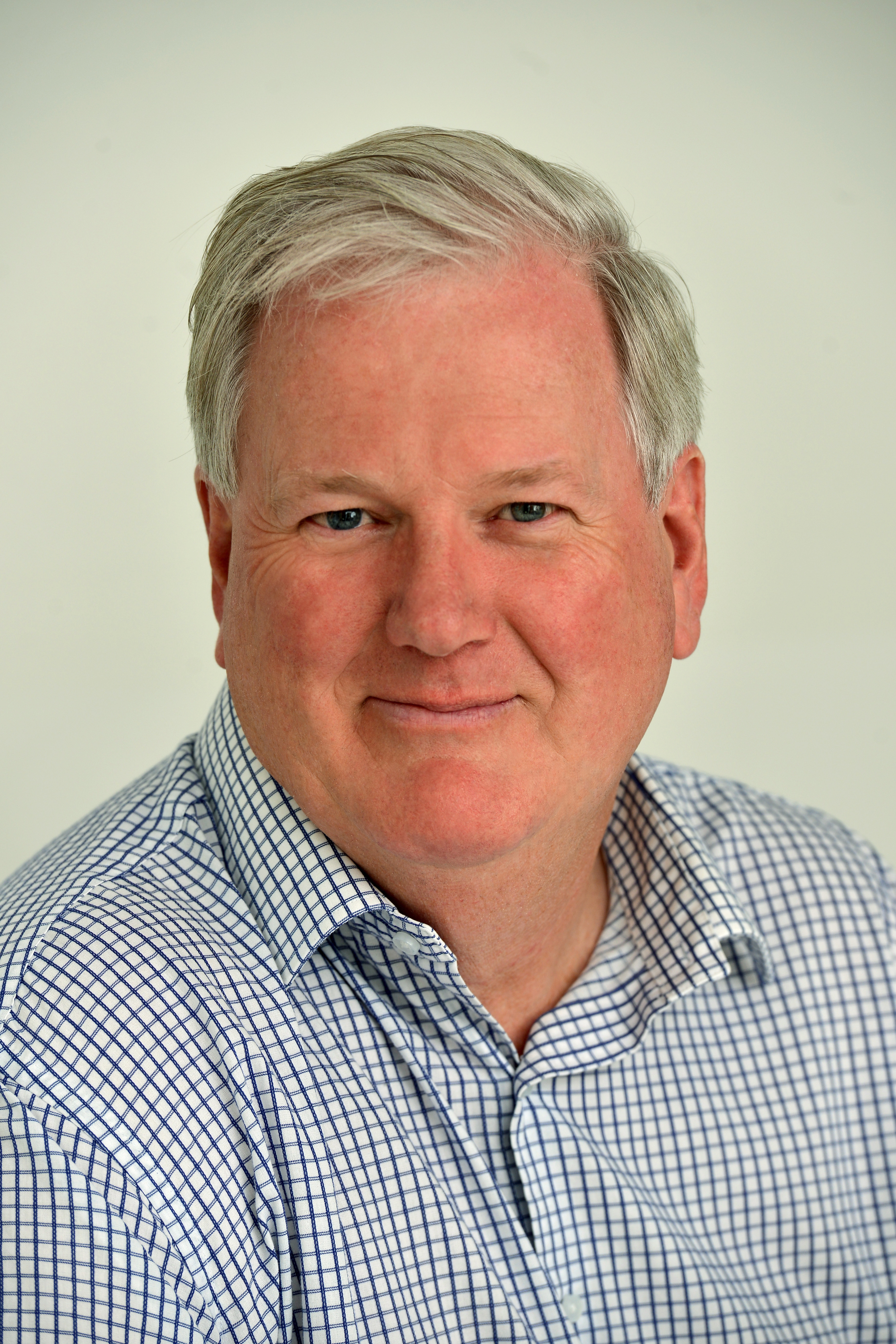 Gerry Naughtin blends his commitment to social justice for people experiencing mental distress with his bureaucratic skills to help bring sensitivity and sensible empathetic policy directions that support people on their recovery journeys. His work has focused on improving the psychosocial wellbeing of Australians with significant mental health challenges. Currently, as Strategic Advisor Mental Health in the National Disability Insurance Agency (NDIA), he plays a leadership role in the rollout of the National Disability Insurance Scheme (NDIS), the largest reform of psychosocial disability support services in the country’s history.

Gerry has worked extensively with mental health consumer and carer organisations, Mental Health Australia and a broad range of stakeholders in listening to feedback and making recommendations to the NDIA and government to improve the Scheme for people with mental health challenges. He is recognised for his expertise in creative and strategic mental health policy development. He chairs the NDIA National Mental Health Sector Reference Group that brings together national stakeholder groups and Commonwealth government agencies, and is a member of the Expert Advisory Committee to the Royal Commission into Victoria’s Mental Health System. Gerry was the Chief Executive of Mind Australia, delivering innovative psychosocial services across Australia. He was a member of the NDIS Independent Advisory Council, the Expert Advisory Group for the Mental Health Service Planning Framework and Mental Health Victoria Board. 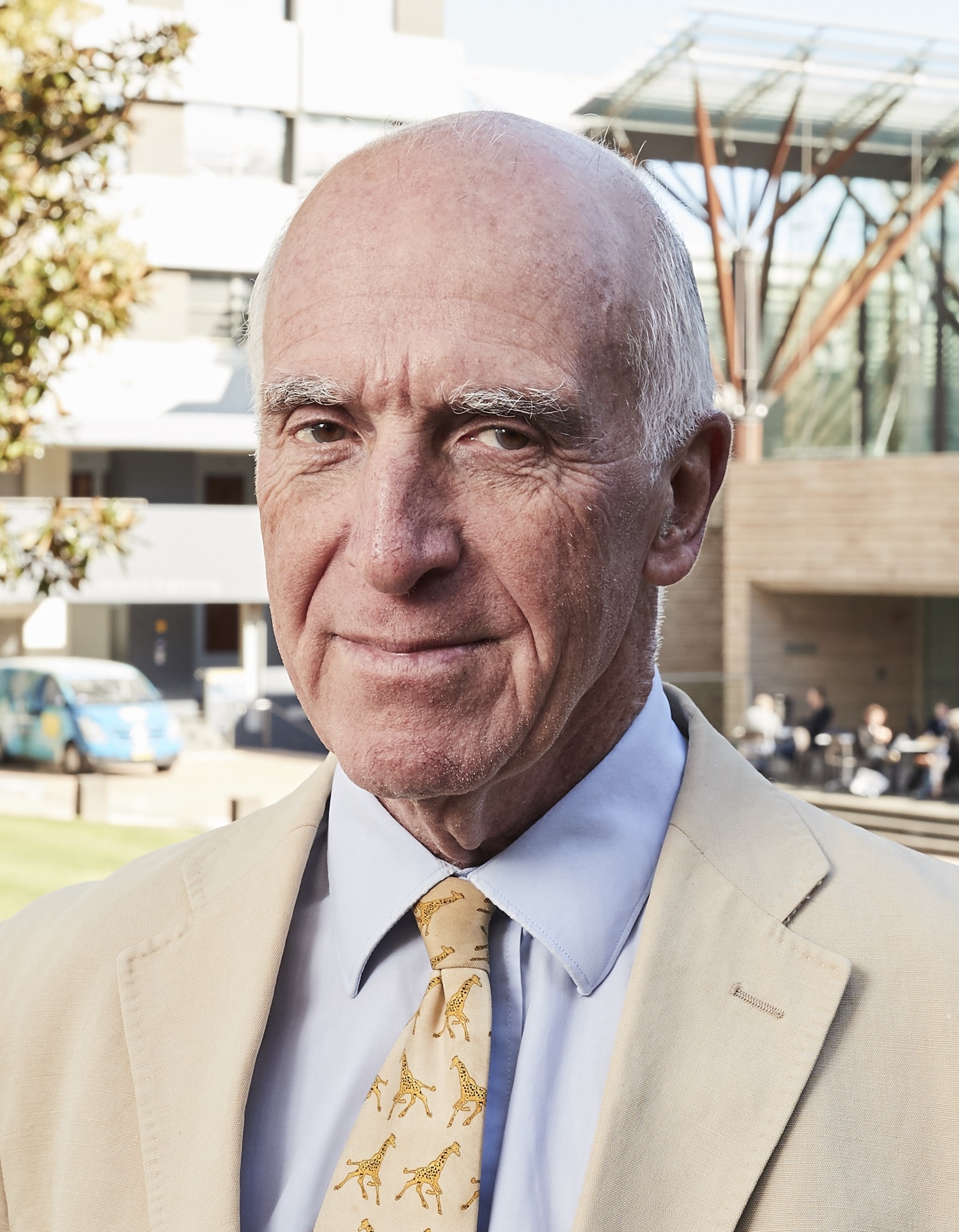 Professor Gordon Parker AO is one of Australia’s foremost psychiatrists. He founded the Black Dog Institute and is currently Scientia Professor of Psychiatry, UNSW Sydney. For nearly two decades, he was Head of the School of Psychiatry at UNSW and Director of the Division of Psychiatry at Prince of Wales and Prince Henry hospitals. Known for employing innovative strategies to destigmatise mood disorders, including writing a successful play and a recent book of fiction, his research priority has been to define differing mood disorders with high precision and to determine the effectiveness of differing therapies for separate conditions, a model challenging the current ‘one size fits all’ approach that compromises management and clinical outcomes.

He was editor of the Royal Australian and New Zealand Journal of Psychiatry and inaugural psychiatrist surveyor for the Australian Council on Hospital Standards. He has published 20 books and more than 1000 scientific papers, and was awarded the 2004 Citation Laureate as the Australian researcher most highly referenced in the field of ‘Psychiatry/Psychology’, reflecting funding by the National Health and Medical Research Council for over 40 years. 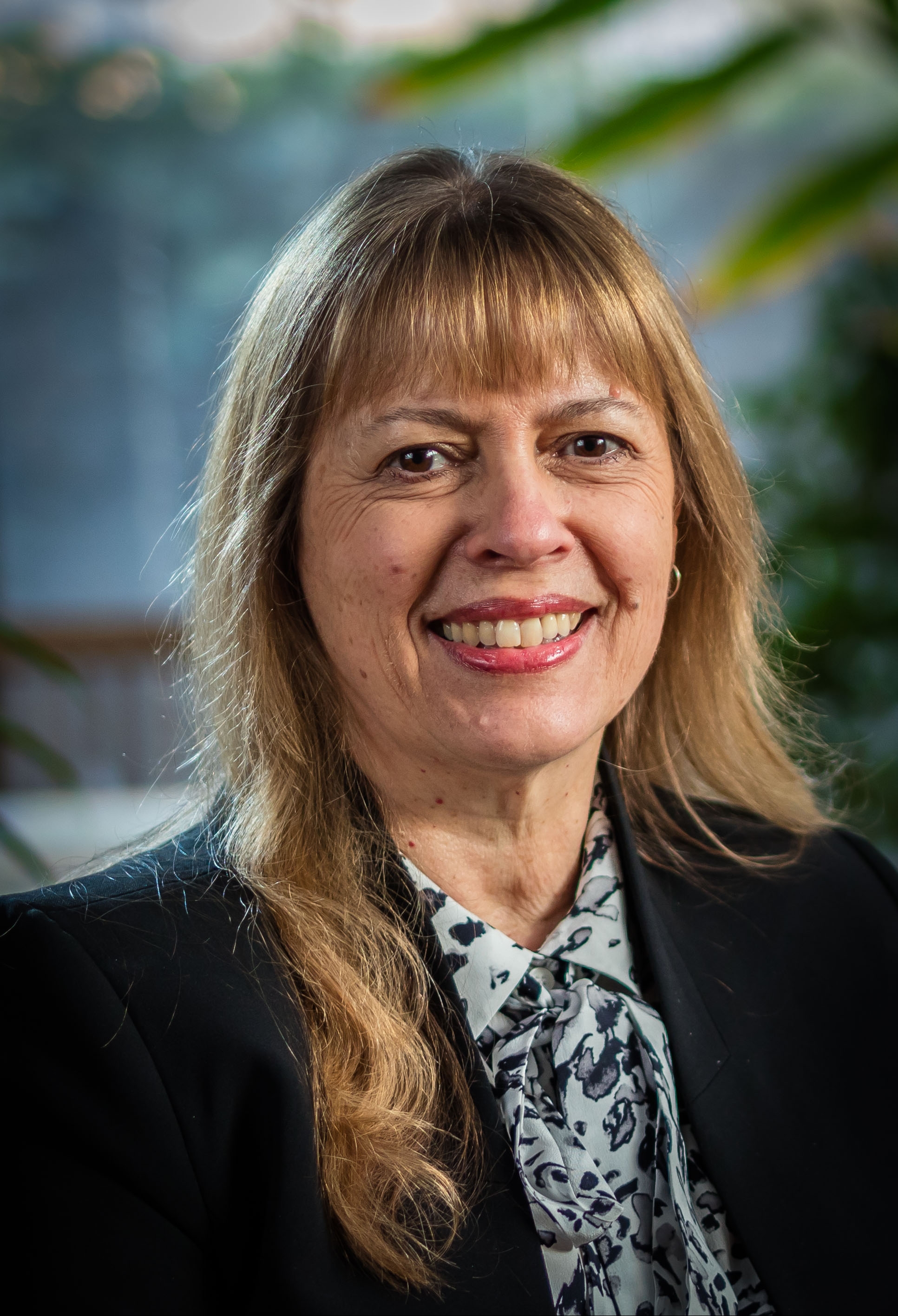 Helen Milroy is the Stan Perron Chair of Child and Adolescent Psychiatry at the Perth Children’s Hospital and University of Western Australia, and Honorary Research Fellow at Telethon Kids Institute. She is a Commissioner with the National Mental Health Commission, Chair of Gayaa Dhuwi Proud Spirit Australia, Co-Chair of the Million Minds Medical Research Advisory Group, and in 2019 was appointed the AFL’s first Indigenous Commissioner. From 2013 to 2017, Helen was a Commissioner on the Royal Commission into Institutional Responses to Child Sexual Abuse. She is a descendant of the Palkyu people of Western Australia and has always had a strong interest in health and wellbeing, especially for children.

Helen is recognised as the first Indigenous Australian to become a medical doctor, completing medical studies and specialist training in child and adolescent psychiatry. She is passionate about combining Aboriginal and western knowledge systems to improve outcomes. Her work and research in the areas of holistic medicine, child mental health, recovery from trauma and grief, application of Indigenous knowledge, and cultural models of care have made a significant difference to the lives of children and young people, particularly those with a trauma background. Her efforts in developing and supporting the Aboriginal medical workforce and cultural safety in health and mental health through curriculum development, education and training, implementation and evaluation, has had a lasting impact on Aboriginal health and mental health across Australia. 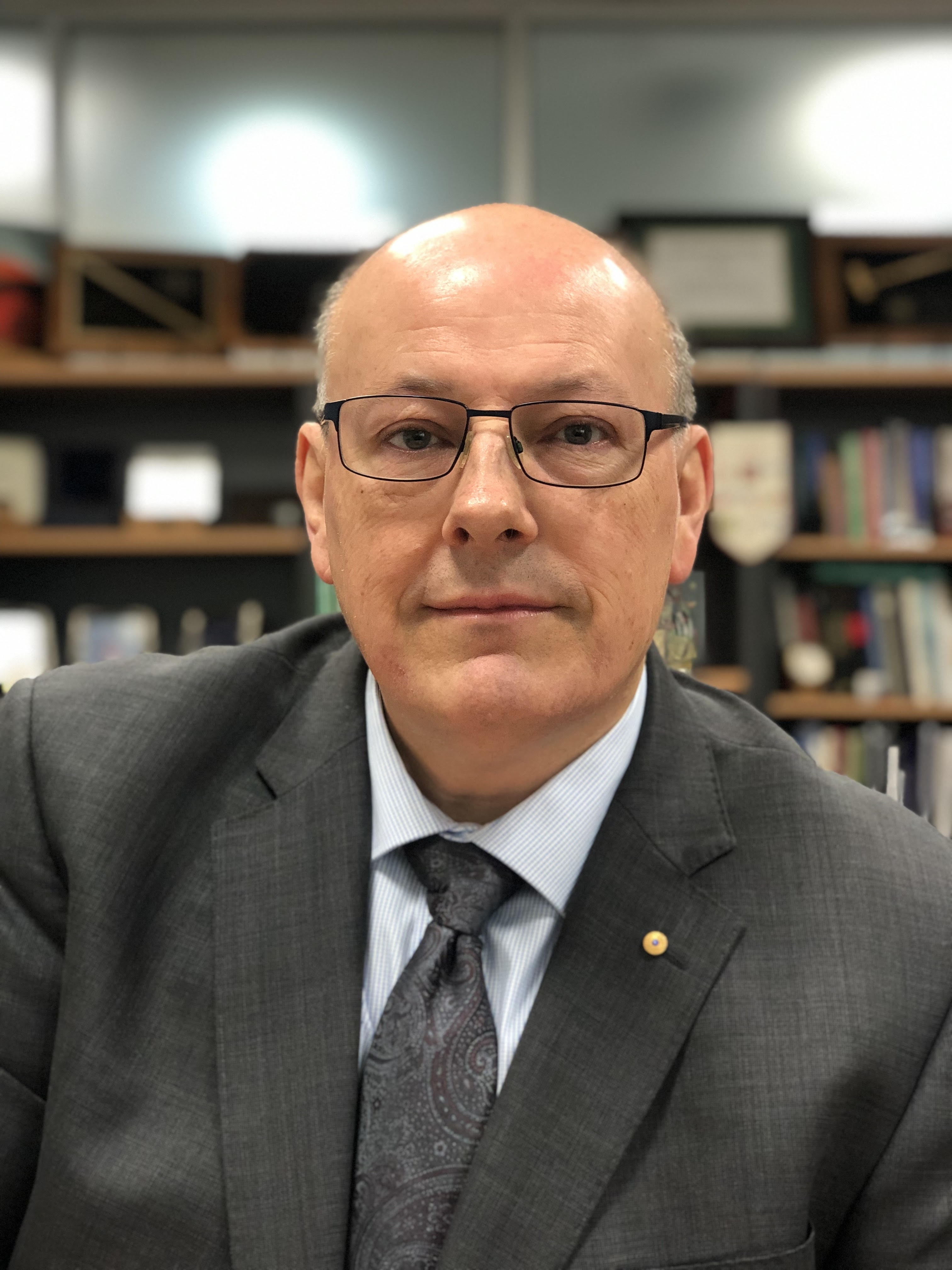 For more than 35 years, Professor James Ogloff AM has played an integral role in identifying, advocating, and improving the care of people with mental illness in the criminal justice system. He has continuously worked as a clinical forensic psychologist in service development and leadership positions, as a prolific academic and mentor, and as a trusted advisor and advocate to government in matters at the crossroads of mental health and the law. Trained as a lawyer and psychologist, he is a leading international expert in forensic mental health – a traditionally under-recognised area of mental health. He has worked tirelessly on a national and international level to first, identify the existence and extent of mental health requirements in prison and forensic settings, and second, to address how those needs can be met.

He is a Distinguished Professor and Director of the Centre for Forensic Behavioural Science, operated by Swinburne University and Forensicare, where he is Executive Director of Psychological Services and Research. He has held leadership positions in peak professional bodies in Australia and overseas. He has published 18 books and more than 300 articles and chapters. 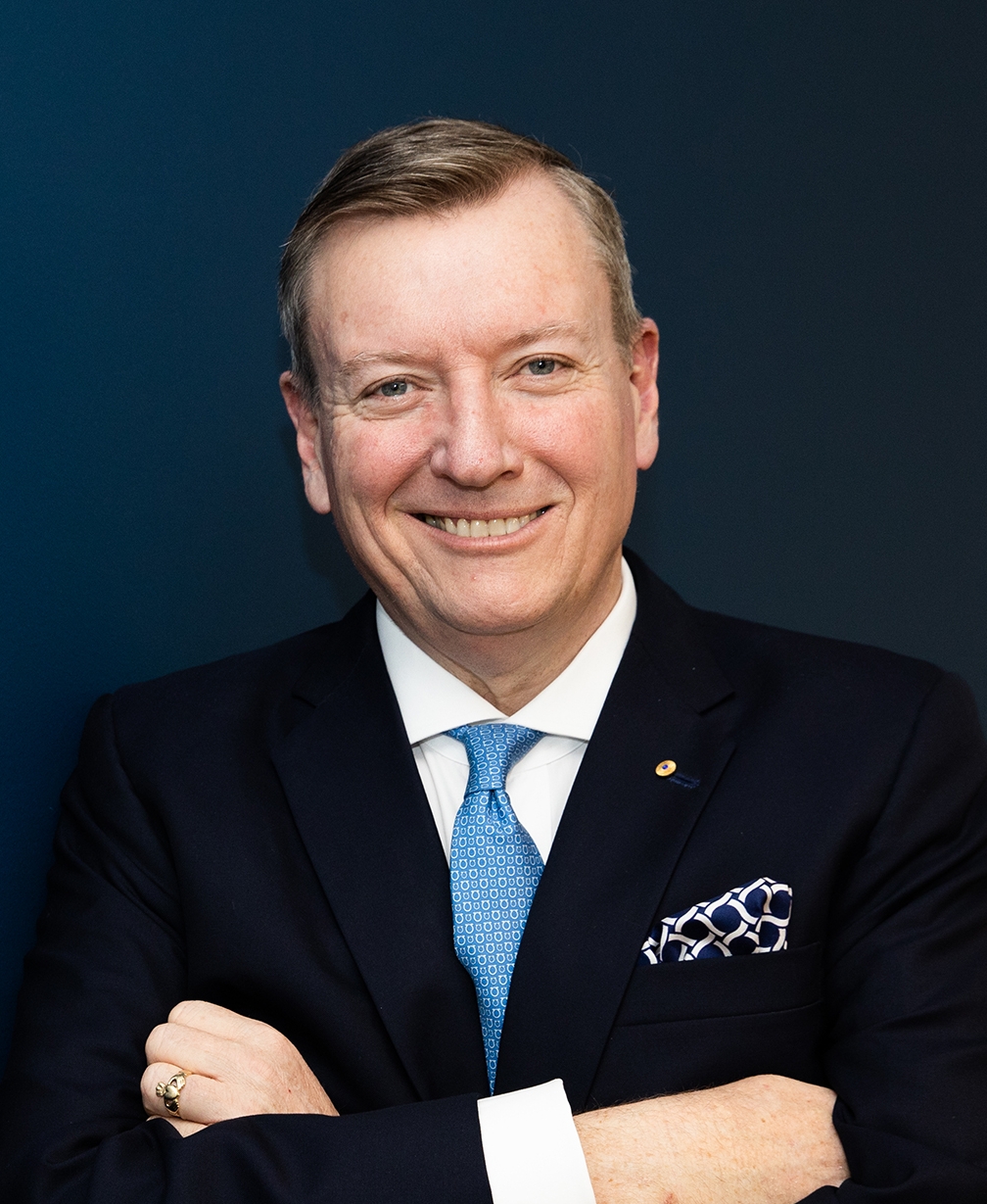 John Brogden AM has been the Chairman of Lifeline Australia since 2012 and on the Board since 2009. As one of Australia’s leading politicians and now a business leader, John is living proof that even from the darkest places, there is a way back. While John has reached the highest levels in his professional career, his personal journey is one of highs and lows, strength and courage. In 2005, John survived a very public suicide attempt that saw him leave politics and move to the business world as a CEO. John has worked tirelessly to create awareness of the importance of suicide prevention, encouraging Australians in crisis to seek help and not face their darkest moments alone.

Under John’s leadership, as Chairman of Lifeline since 2012, Australians are turning to Lifeline in greater numbers than ever in its 57-year history. The 13 11 14 crisis line now receives 90,000 calls a month – supporting Australians at risk of suicide more than ever during the COVID-19 pandemic. 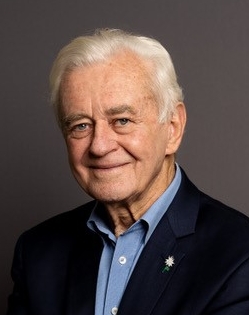 Keith Wilson is a former Western Australian Minister of Health and former chair of the Mental Health Council of Australia. He has been involved in ongoing mental health advocacy through membership of non-government agencies such as WA Association for Mental Health, the Mental Illness Fellowship WA, Carers WA, and the Learning and Attentional Disorders Society of WA. Keith was a member of the Board of St John Health Care for 10 years. He was awarded the Centenary Medal (2001) for service to people with a mental illness and their carers.

He is also a Member of the Order of Australia (2009) and is a director of Meeting for Minds – a not-for-profit company promoting research into the brain and mental illnesses through the partnering of researchers, clinicians and people with lived experience of mental illness in research. Keith is a powerful voice promoting the cause of mental health not only in Australia but globally. He is inspired in his work by his adult son, Daniel, who lives with chronic, lifelong schizophrenia. Keith is the primary carer for his son.

The Australian Mental Health Prize was established in 2016 by UNSW through its School of Psychiatry, Australia’s pre-eminent psychiatric research department within UNSW Medicine. It recognises Australians who have made outstanding contributions to either the promotion of mental health, or the prevention/treatment of mental illness.
View source open_in_new