40 down. The crossword clue is ‘ask’. It’s seven letters starting with the letter ‘I’ and the second last letter is ‘R’. There’s nothing quite like the satisfaction of completing a crossword. But just how beneficial are traditional puzzles such as crosswords and sudoku for brain health? What about brain training games and apps such as Lumosity and traditional games such as chess? We asked clinical neuropsychologist, Dr Nicole Kochan, at UNSW Medicine & Health how they all stacked up.

“Groups of people who have engaged in complex mentally stimulating activities such as crosswords and sudoku; learning a language; learning a new hobby, or even learning how to use new technology have a lower risk of dementia. For example, a study where older adults who underwent intensive training of skills such as using various applications on an iPad or digital photography, performed better on memory tests than control groups who did not receive the instruction and training,” said Dr Kochan who is a Senior Research Fellow and Neuropsychology Group Leader at the Centre for Healthy Brain Ageing (CHeBA).

Research from the Sydney Memory and Ageing Study, one of CHeBA’s flagship longitudinal ageing studies, has shown that individuals with higher levels of complex mental activity such as doing puzzles, engaging in artistic pastimes and using the internet, were less likely to have mild cognitive impairment, a risk factor for future dementia.

“The benefits to the brain are thought to be because these stimulating cognitive activities build a ‘cognitive reserve’ over a lifetime that can help withstand brain changes associated with the ageing process. It also buffers the pathological brain changes associated with age-related neurocognitive disorders, such as Alzheimer’s disease, and potentially reduces or delays cognitive decline.” 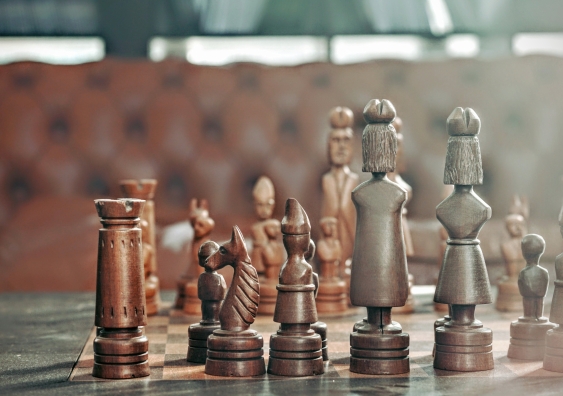 Dr Kochan said researchers have found a link between playing chess and other board games and a reduction in age-related cognitive decline. Photo: Unsplash

Board games versus computerised cognitive training

“Chess is a complex game and requires players to use strategy and complex calculations which stimulate specific areas of the brain, including those associated with Alzheimer’s disease. These adaptable functional brain processes may build cognitive reserve.”

Computerised cognitive training (CCT) is another popular form of brain training and includes platforms such as Lumosity, Elevate, Peak and Nintendo Brain Age. Dr Kochan said cognitive training interventions which involve repeated practice on a set of structured and standardised cognitive tasks – delivered across a number of platforms including computerised programs – have been shown to improve cognitive performance in healthy older adults, those with mild cognitive impairment (MCI), Parkinson’s Disease and dementia.

“The effects are varied but overall, there is a modest improvement in cognitive performance using standard cognitive measures. However, there is minimal evidence to date to support improvements in function or clinical disease progression in people with dementia.”

Dr Kochan cited a study from 2020 that evaluated the results of 16 randomised controlled trials which had investigated the effects of commercial CCT games such as Lumosity and Nintendo Brain Age on cognitive function. The study revealed the games were effective in improving some types of cognitive abilities in cognitively healthy adults over the age of 60.

“The games had a moderate effect on people’s processing speed and smaller but significant effects in memory and higher-level executive abilities such as reasoning and working memory – the type of cognitive function we use when we do mental arithmetic. The results are interesting in that the speed at which we process information is one of the functions that most readily declines with age, and this is the area that showed the best response to performing these tasks. Potentially engaging in these games could slow down this cognitive ageing process.”

Dr Kochan said other encouraging data from the study were older participants appeared to have derived the same benefits from the training as those who were younger. However, she acknowledged limitations around CCT research as many studies have high drop-out rates during training, and often the published data relates only to participants who have completed the training. Nevertheless, it’s important to add no trial of CCT has reported adverse outcomes. 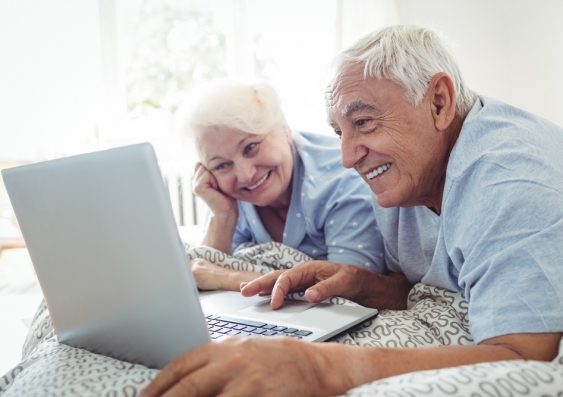 Learning new things, including learning to use new technology is beneficial for brain health. Photo: Shutterstock

The pandemic has forced many into isolation which has led to novel ways of socialising, including enjoying weekly puzzles and crosswords via video conferencing with friends and family. Feeling isolated can lead to depression, which has been associated with greater cognitive decline, so adapting to new ways of doing things, and learning new technology such as Zoom or FaceTime to socialise during the pandemic, has brain health benefits.

“Learning new things, including learning to use new technology is beneficial for brain health. Engagement in mental or physical activities that involve social interactions is thought to exert an additional protective effect against developing dementia. Loneliness and poor social engagement are detrimental to mood and increase the risk of future dementia. During the pandemic and lockdown, many people are socially isolated, so this is a great way to engage with others for enjoyment, mental stimulation and brain health,” said Dr Kochan.

Even well into our 80s, we continue to produce new brain cells, particularly in parts of the brain responsible for memory and learning. As complex mental activity is critical for brain health, research suggests a lifetime of varied complex mental activities such as education, travel or learning a new language.

“It should involve as many different functions as possible.  Most important is that it is enjoyable so that you continue with it. The social aspect is also highly beneficial for the added dimension of stimulation and engagement, as well as being more pleasurable.”

There are also links between further education such as short courses at community college, online learning, or university courses and better brain health.

“Importantly age should not be considered a barrier to academic achievement,” said Dr Kochan.

Read more: Search for meaning of life fosters study of the brain

A study cited by Dr Kochan revealed success at university in older students (aged 50-79 years) was not affected by age or IQ. Education throughout the lifespan is one of the strongest protective factors for maintaining brain health and lowering the risk of dementia.

Dr Kochan recommended other complex mental activities such as learning new games like bridge; extend the learning of an existing language; dance classes; new hobbies such as sewing; carpentry; or joining a social club such as book clubs or other interest groups; volunteering; joining an advocacy group. She also suggests challenging yourself to improve in areas that are a weakness such as mental arithmetic; spatial puzzles; crosswords; puzzles and sudoku.

“The idea is to challenge yourself with a new skill rather than exclusively keep doing tasks you are already good at.

“There is no reliable, consistent evidence that any one activity is better than another, so you should try new things and do what you enjoy. I don’t particularly favour commercial computerised packages that may be costly and performed alone, above other activities, unless the person is enthusiastic about it, enjoys it and sticks with it. Even then, it should not be done exclusively.”

And in case you were wondering, the answer to 40 down was ‘inquire’.