In its 20th year, UNSW Sydney’s Peter Farrell Cup is identifying the next generation of leaders who will turn clever solutions into commercial success.
Naomi Menahem | UNSW Newsroom Alten addresses a major problem oncologists face in knowing whether a cancer treatment will work in a patient, especially when the first line of treatment fails and the individual is moved through options until the right one is found, greatly affecting survival rates.

“This trial-and-error approach of testing treatments in the body is harmful to patient wellbeing, not to mention expensive,” says PhD candidate Andrew Law, the CPO and co-founder of Alten. “We started to think about what would happen if there was a device that could let oncologists know which treatment is right for each patient’s cancer.”

The Alten medical device has gained traction over the past year. A patent cooperation treaty has been signed with the Garvan Institute of Medical Research and an early stage trial is due to start later this year to validate Alten’s clinical application.

Laura Rodriguez, a PhD candidate and Clinical Coordinator for Alten, explains: “We developed the Alten medical device which uses a specialised gel to simulate the human body and ‘trick’ tumours into surviving within it. We do this by taking a biopsy and testing multiple treatments simultaneously to help oncologists identify the best option within two weeks.”

The concept for Alten was originally uncovered when Mr Law was researching breast cancer, studying how to stop cancer cells from highjacking immune cells, as part of his PhD. As his curiosity grew, and the tests continued, he began sharing his insights with lab co-workers and soon the team of four was formed: David Gallego-Ortega (Andrew’s PhD supervisor), CEO and co-founder; Andrew Law, CPO and co-founder; Laura Rodriguez, Clinical Coordinator, and; Mana Lao, IP Manager.

“It takes a dedicated student team to participate a competition like this, in particular this year, when midway we had to change to a digital format without disrupting momentum,” says David Burt, Director Entrepreneurship, UNSW. “The commitment the teams have shown is remarkable, testament to their enthusiasm to drive change in the world.”

After completing the 10-week program, 10 finalist teams were selected to participate in the Peter Farrell Cup Finals Night. Three esteemed judges – UNSW benefactor Chris Baxter, and UNSW alumni Melanie Hogan and Andrew Rubio – assessed each of the three-minute pitches against seven core criteria including the worth of the problem being solved, the degree of innovation and the potential of the business model, to select the winner.

“Alten’s pitch was clear, covered all the key criteria and was both highly innovative and commercially compelling,” Mr Baxter says. “That, coupled with the personalisation of their cancer treatment process which helps people recover quicker, along with their partnership with the Garvan Institute of Medical Research, made the team a strong choice for winner.” 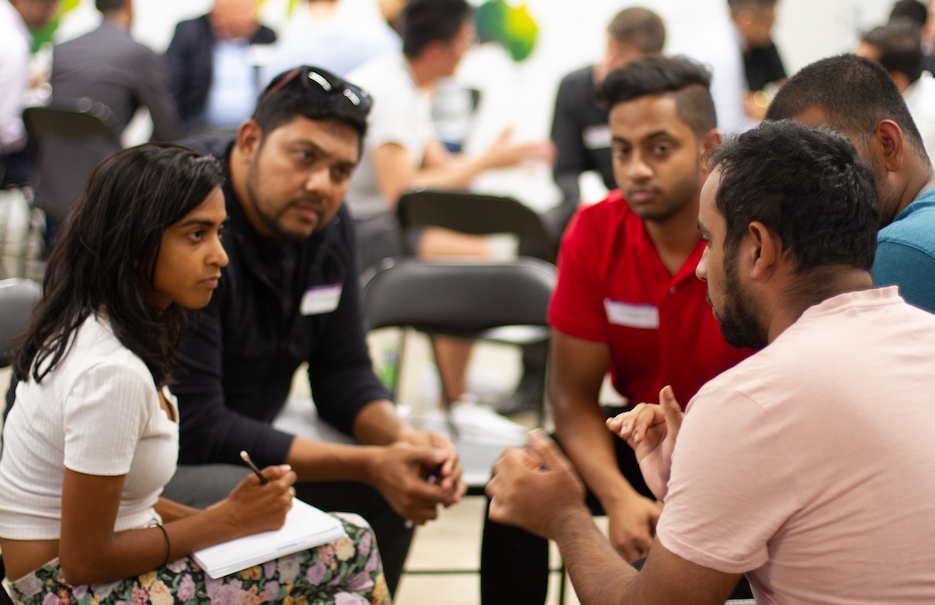 Alten's Laura Rodriguez says the team will use the $10,000 prize money to improve and optimise the prototype before launching onto the market.

Speaking at the finals night, Dr Farrell congratulated all the teams: “Innovation and entrepreneurship are absolutely critical for economic growth and job creation”.

He quoted Calvin Coolidge, 30th President of the United States, when defining success: “Nothing in this world can take the place of persistence. Talent will not; nothing is more common than unsuccessful men with talent. Genius will not; unrewarded genius is almost a proverb. Education will not; the world is full of educated derelicts. Persistence and determination alone are omnipotent. The slogan ‘Press on!’ has solved and always will solve the problems of the human race.”

Dr Farrell understands persistence and determination. He has grown his business ResMed – a pioneer of innovative medical solutions to keep people out of hospital – from six people at launch in 1989 to 7500 people spread across 140 countries with a market capitalisation of $38 billion. And as far as he’s concerned, he’s just getting started: “This is a marathon and we are just lacing our shoes.”

Through the continued generosity of the Farrell Family Foundation, the UNSW Division of Philanthropy has secured funding for the Peter Farrell Cup to continue through to 2024.